What if, in every initial client meeting, your prospects would just come right out and tell you what’s important to them and what it would mean to them if you could help them? Indeed, it would make your job much easier, but then anyone could do it. The challenge is most people don’t think that way, and it’s your job as a financial advisor to help them uncover their most important issues.

But even that doesn’t go far enough because all you’ve done is uncover the “what.” People don’t act on the “what.” They act on the “why.” When fully revealed, the “why” becomes the key motivating factor. It contains the emotions that drive people to act. Your value as a financial advisor is to get people to take the actions you know will help them. If you can’t trigger the emotions behind what’s important to them, they are not likely to take action.

The Greatest Challenge Any Client (and Therefore You) Will Ever Face

Sticking with the plan despite tough market conditions is the greatest challenge both you and your clients will face. That sudden drop in cabin pressure when the markets fall is the acid test of your relationship building skills. If you aren’t prepared ahead of time, neither will your clients be.

Whether your clients will stay the distance depends on you. 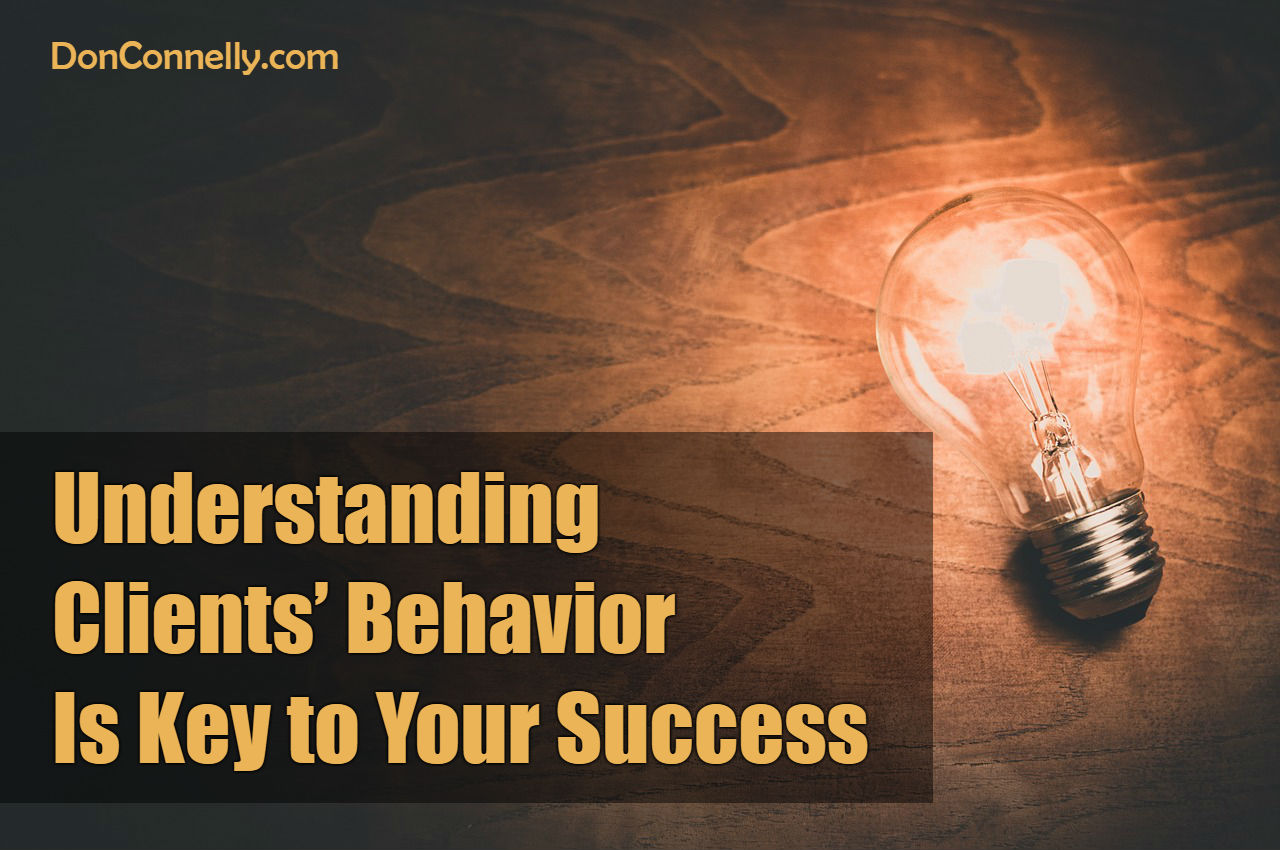 The more you understand what motivates your prospects and clients, the better your chances of success when it comes to attracting and retaining them. When you begin to see things from your clients’ and prospects’ point of view you can start to influence their decisions and help them make good financial decisions.

So break out of your own mindset. Step into their shoes: Then you will be able to build strong client relationships, anticipate your client needs and manage their expectations.

Investing in a Bull Market 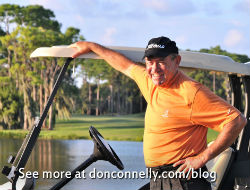 This is an AskDON audio episode where Don Connelly answers Larry’s question about investing. Larry is from Texas, he’s been in the business eleven years and he is managing just a shade under $100 million.

“The market’s been up four years, without a correction. What do you say when people comment that maybe the market’s too high?”

Click the play button to listen to Don’s answer or read the transcript below.

How Do You Pick Yourself Up When You’ve Been Fired by a Client?

It can be a challenging and depressing experience especially if clients leave without telling you the reason. But getting fired happens to even the best of advisors at some point. And it’s not all bad news.

In fact losing a client can give you a chance to re-evaluate yourself and determine what you have to offer clients. It can be a perfect time to re-focus, take a good hard look at yourself and change things to do what you need to do to get back in the game.

How to Explain to Prospects They Should Invest Now 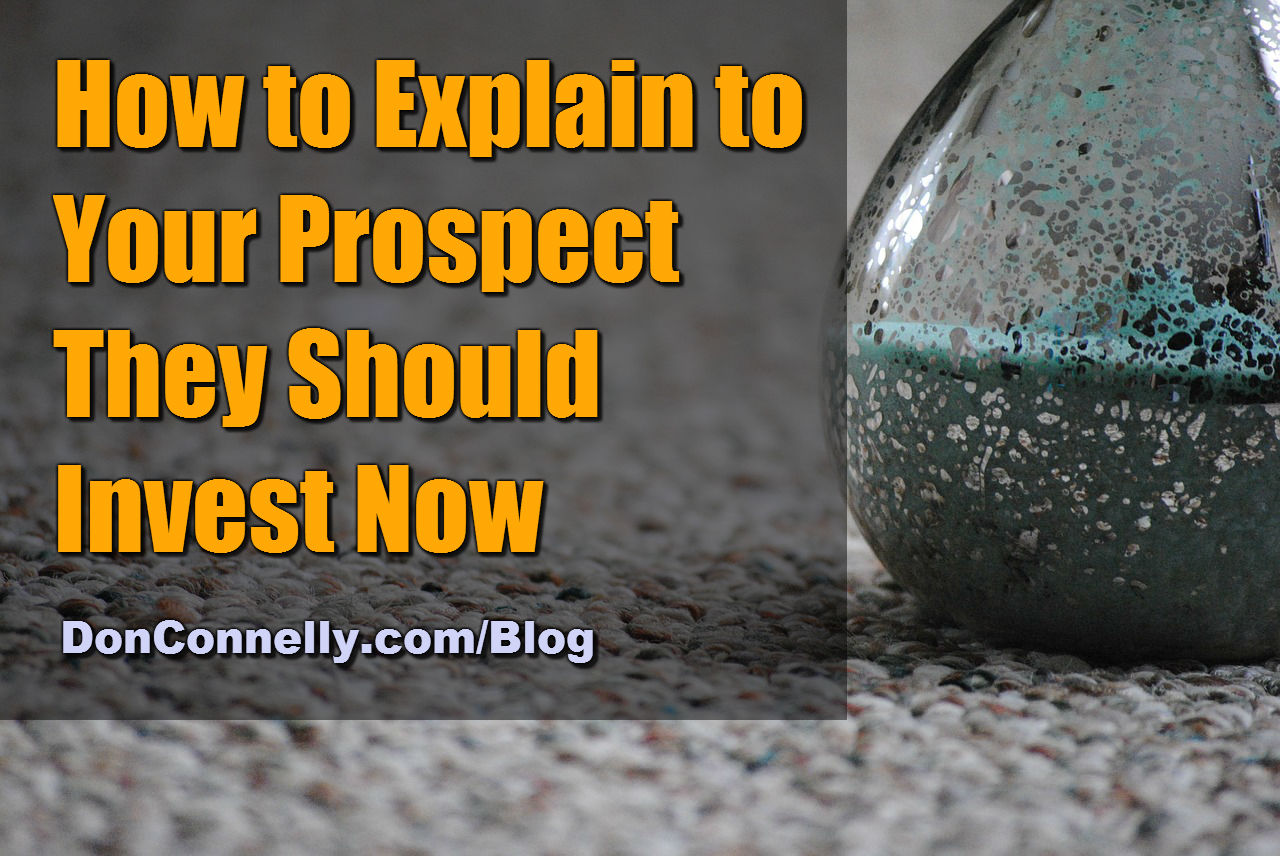 As you know better than I, clients are always looking for a more convenient time to invest. There’s always something to do – like buy a new car, redo the home, whatever it is.

The time to invest is now – we can’t put it off.

* This podcast originally appeared on Don Connelly 24/7. Click the play button or read the transcript below.

Why Financial Advisors Get Fired 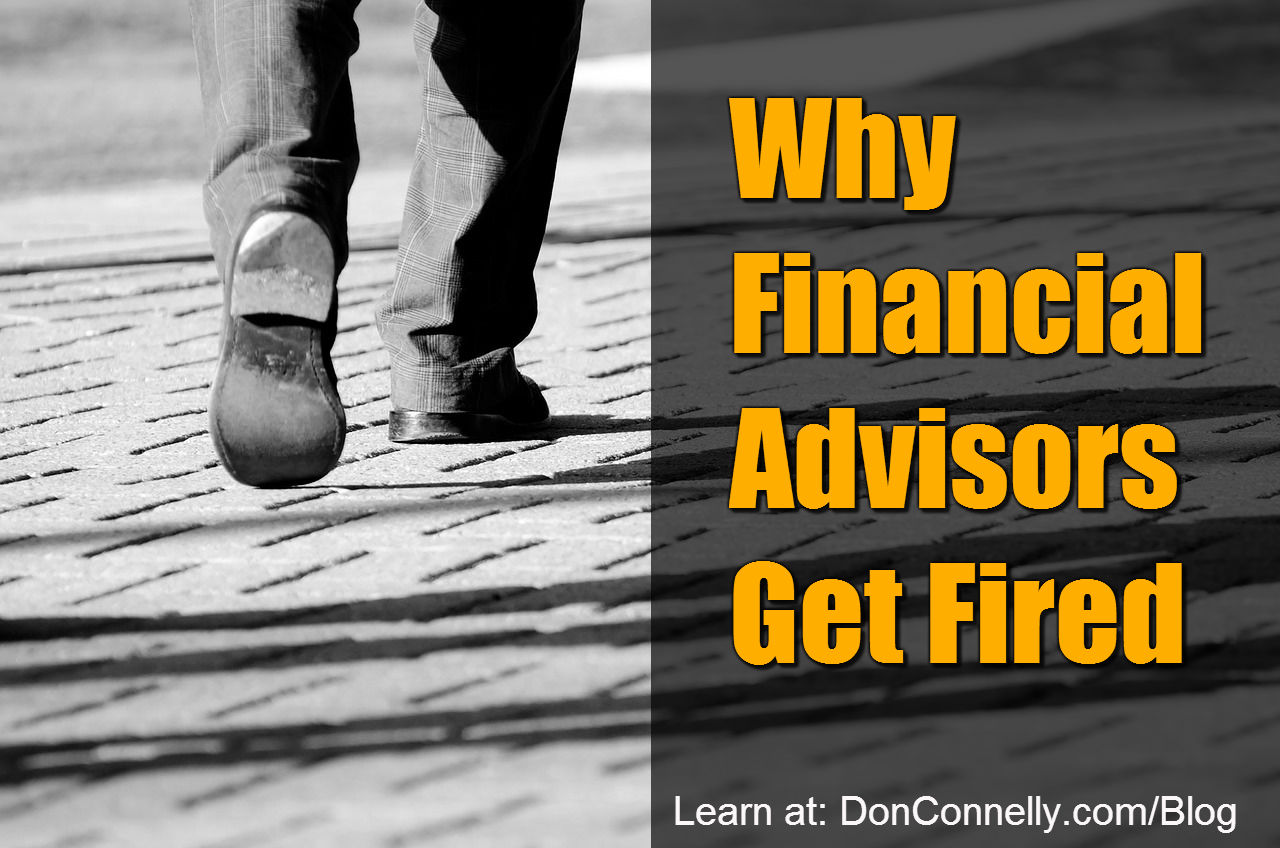 Financial advisors get fired because they aren’t ‘the full package’. They may provide ‘good’ service, but is it exceptional? They may have a winning personality, but do they pay attention to their clients? They may return calls but never instigate them – and while they may understand their products, do they believe in them?

In order to make sure you don’t get fired you need to cover all these bases and more.

How Asking Yourself WHY Would Help You Be a Better Advisor 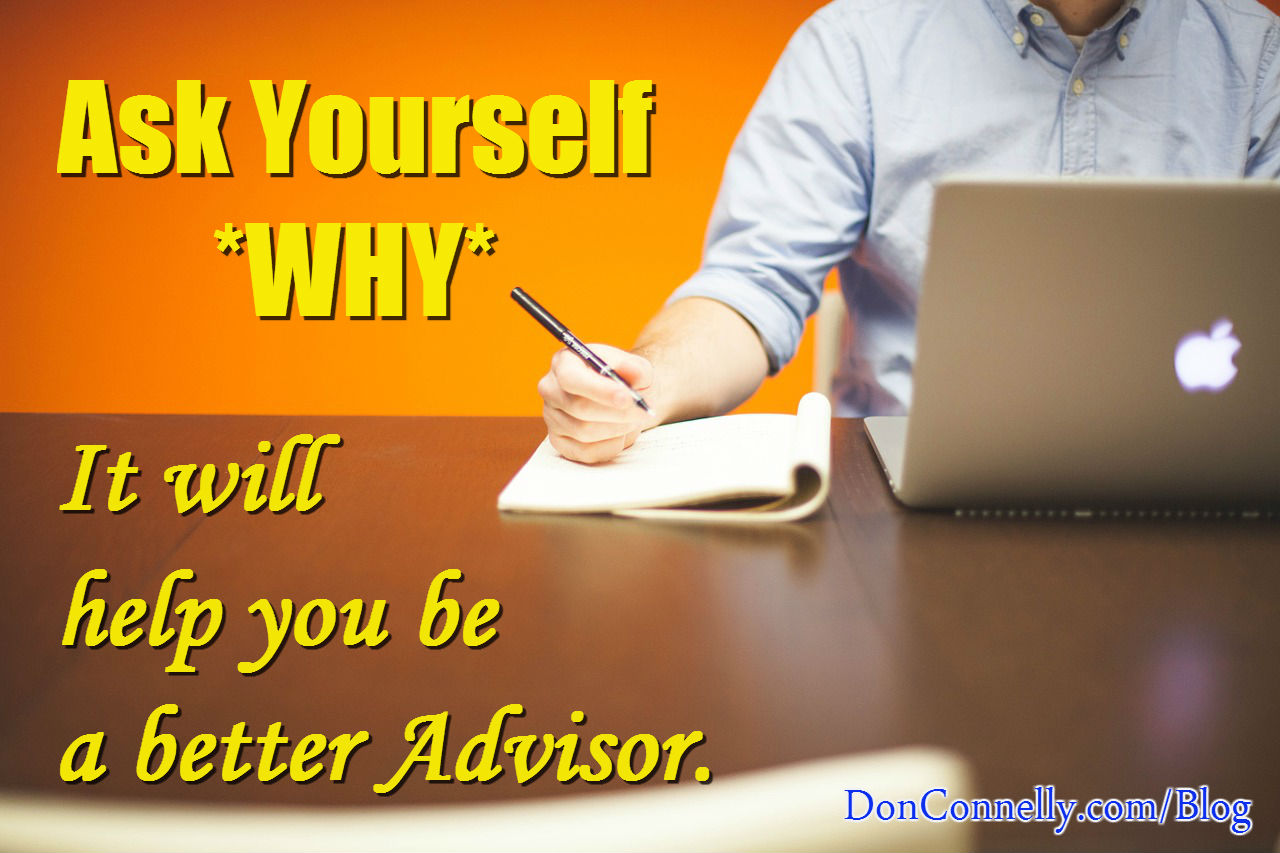 Why It’s Good News that Investments Go Up and Down 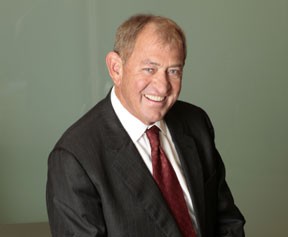 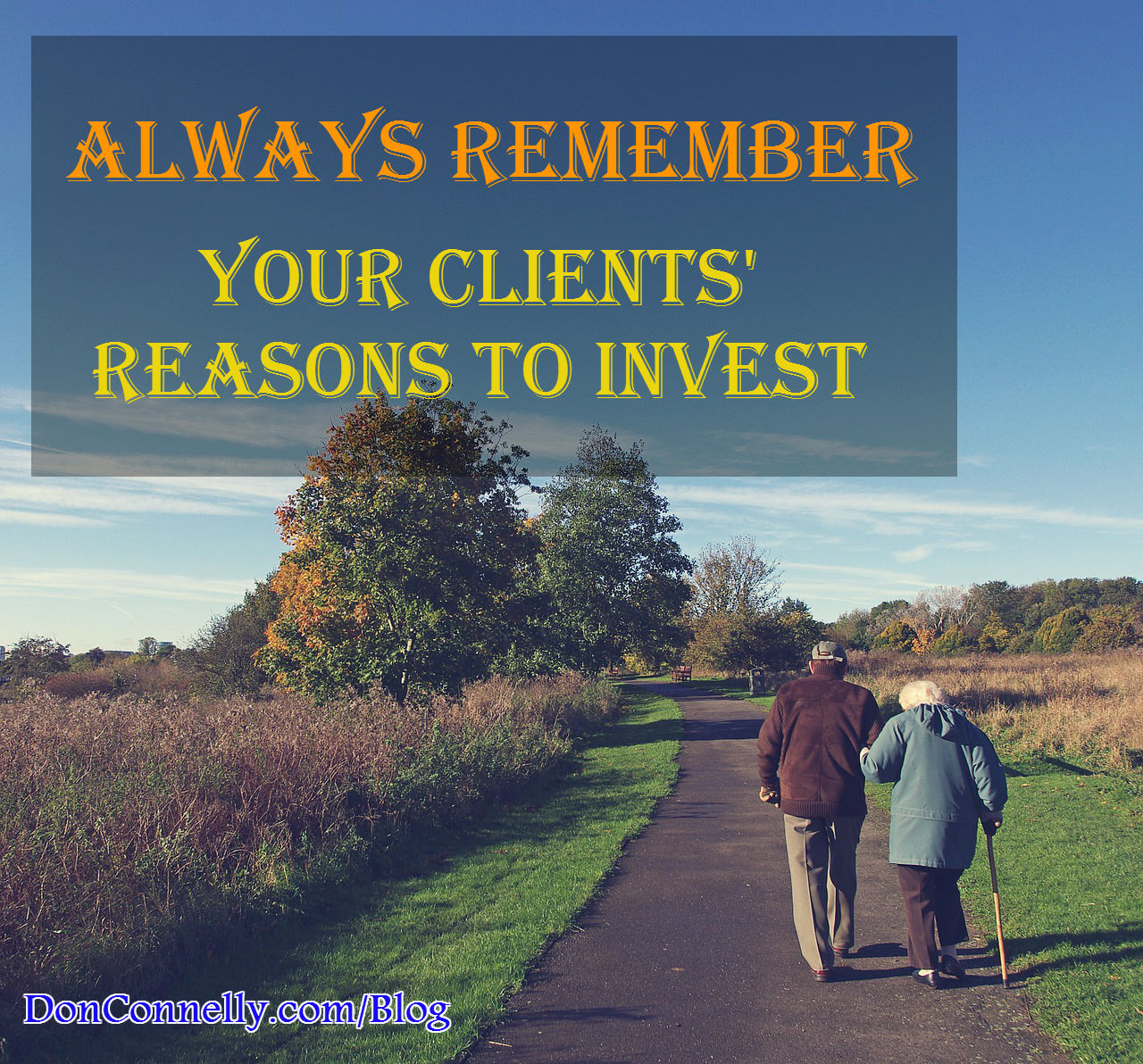 Failing to understand a client’s goals and objectives ranks highly when it comes to why financial advisors get fired. So it pays to remember that your client’s reasons to invest are the same as they’ve always been: they want to generate more cash in the future, whether it’s to send the kids to college, or to retire on a yacht in the Caribbean.

Your clients want to educate their children and build a retirement fund. That’s generally it.