Home / Investing Wisdom / Play The Cards The Market Deals You

Play The Cards The Market Deals You 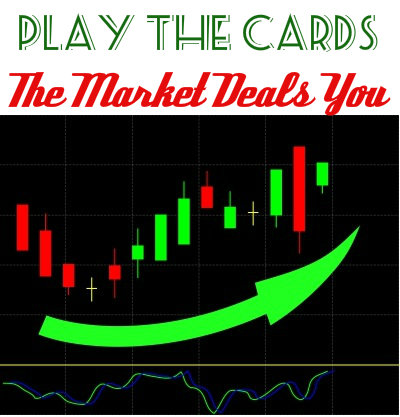 A second thing we know is that every single time the market has gone down and come back, it has gone on to set new highs.

And, a third thing we know is that a perplexingly large number of investors lose money in the stock market, despite knowing the first two things.

What we don’t know is what the market will do tomorrow.

As Randy Pausch pointed out, it’s not about the cards you are dealt, but how you play the hand.

The reason so many people lose, despite 20/20 hindsight, is that they don’t let time work for them. I get that. We don’t have forever. The older we are, the less time we have to recover. The uncertainty of further loss propels us to the sidelines.

The fact is that going to the sidelines has always been a flawed logic.

History tells us that if we stay in, we eventually recover. But the recovery may not come soon enough. We decide we’ll get out and get back in when things get better. We don’t like the cards we are dealt, so we want a new hand.

It’s easy to get out. It brings instant relief. Unfortunately, procrastination makes it all but impossible to get back in. What if I’m wrong? How can I be sure it’s time to get back in? What if the market is now above the price at which I sold out? Am I too late?

Don’t try to draw to an inside straight. Getting out with the idea of getting back in later is trying to outsmart the market. It’s hard to outsmart something that doesn’t always make sense.

Because you are making decisions with other people’s money, I suggest you stick with what we know and leave the second-guessing to the competition.

We know that nothing works with certainty in the short-term.

The long-term may be crystal clear, but the short-term is murky. People with short-term time horizons have lost money picking individual stocks, indexing, buying and holding, tactically allocating assets; all of these methods being attempts to buy low and sell high.

We further know that, as Peter Lynch pointed out, there is often more money lost in preparing for a correction than in the correction itself.

Another thing we know is that the trend is up.

We also know that the market has always recovered.

And we know for sure that we can’t control the market. All we can control is our reaction to the market.

It’s up to us to set the rules. This world is full of nice people who want what they can’t have.

They want to save for retirement and college education for their kids, but they want to put off starting until it’s too late. They want to invest in the market when it’s going up and they want to get out before it starts going down. They want you to tell them what’s going to happen tomorrow. They are forever wishing things were different.

All we can tell them is that between the time they start saving for the future and the time they achieve their goals, the market is going to go up and down.

If you liked this post, consider buying Don’s CD – Simple Truths for Investors.

Or if you have Wholesales and Sales Staff, check out our Training & Value-Add Opportunities for Investment Product Distributors. 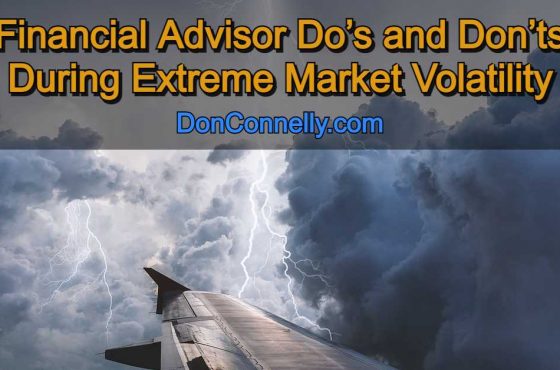 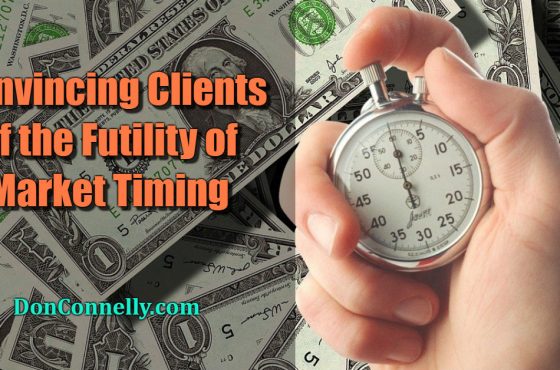 Convincing Clients of the Futility of Market Timing 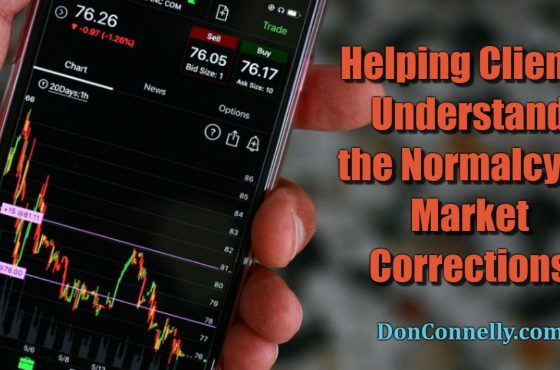