Home / Managing the Relationship, Storytelling, analogies and power phrases / Three Stories about Trust to Use with Prospects and Clients

Three Stories about Trust to Use with Prospects and Clients

The most fundamental principle of building a clientele is understanding that people do business with people they like and trust. While it’s easy for many advisors to be likable, trust has to be earned—quickly and often. As an advisor, you can never lose sight of that because trust not only binds a client to you but it also enables them to follow your guidance with confidence and conviction, which is critical to their long-term success.

If you’ve been following this blog for any length of time, you know I believe in the power of storytelling to drive home concepts and change a client’s perspective. I offer these three stories about trust to you as an advisor to drive home the crucial role trust plays in your client relationships.

If you want to hear hundreds of stories, analogies and power phrases, all designed to simplify your message and help you communicate in a straight-forward and more understandable way, get the 2-CD set or mp3, Say It So It Makes a Difference.

Story about trust #1: The Little Girl and Her Father

If you are a member of the Don Connelly 24/7, you may have heard me tell this story already, but it bears repeating for the lesson it conveys to financial advisors about trust.

A little girl and her father were crossing a bridge. The father was kind of scared, so he asked his little daughter, “Sweetheart, please hold my hand so that you don’t fall into the river.”

The little girl said, “No, Dad, you hold my hand.”

“There’s a big difference,” replied the little girl. “If I hold your hand and something happens to me, chances are that I may let your hand go. But, if you hold my hand, I know for sure that no matter what happens, you will never let my hand go.”

Story about trust #2: My Dad’s the Pilot

Here’s how this story goes:

On a stormy night, a businessman boards a plane and takes a middle seat between a middle-aged woman sitting at the window and a little girl sitting on the aisle. After the flight took off, he began a conversation with the little girl, who appeared to be the same age as his daughter. He found it strange that such a young girl would be traveling alone, but he kept his thoughts to himself.

About an hour into the flight, the plane was suddenly jolted by extreme turbulence. The pilot came over the PA system and told everyone to fasten their seat belts as they had encountered rough weather. Several times over the next half hour, the plane made drastic dips and turns, shaking all the while. Some people began crying, and many—like the woman sitting by the window—were praying intently.

The businessman was sweating and clenching his seat as tightly as he could. Meanwhile, the little girl sat quietly in her seat with her hands resting calmly on her legs. Incredibly she didn’t seem worried at all.

Suddenly the turbulence ended. The pilot came on to apologize for the bumpy ride and announced that they would be landing soon. As the plane began its descent, the man said to the little girl, “You are just a little girl, but I have never met a braver person in all my life! Tell me, dear, how is it you remained so calm while all of the adults were so afraid?”

Looking him in the eyes, she said, “My father is the pilot, and he’s taking me home.”

While advisors and clients may never share the kind of unconditional trust a daughter feels for her father, you want your clients to trust that you will get them to their financial destinations. You can achieve that level of trust by demonstrating how well you know your clients’ hopes, dreams, goals, ambitions, fears, and doubts. In other words, that you know them like a father knows his child.

If you need help honing the soft skills needed to build relationships with prospects and clients, get the mp3, Mastering Client Relationships: What Elite Advisors Do.

Story about trust #3: The Sully Story

Unless you’ve been living under a rock, you know the story about Captain Chester “Sully” Sullenberger, the fearless pilot who saved the lives of hundreds of passengers by putting his plane in the Hudson River. You can relive the story on YouTube with the actual cockpit and air controller recordings. Kurt from UBS uses this story to explain to his clients why it is critical to have a plan in place.

On January 9, 2009, US Airways flight 1549 hit a flock of geese three minutes after departing La Guardia, resulting in complete engine failure. As the plane began to plummet, Captain Sully asked the copilot for the QR, which stands for Quick Reference guide. When pilots get into trouble, they grab the QR for a remedy.

To trust you, your clients also need to trust your process. They need to have the conviction and confidence to follow your plan during trying circumstances, which comes from the bond formed through a trusted advisory relationship.

If you are just starting your Financial Advisory practice, or you’re a seasoned Advisor who feels stuck at their level because you strayed away from the basics that made you successful in the first place, watch this 4-minute video to learn how we can help.

24 video lessons. 24 exercises. 5 LIVE group coaching sessions (available only with the 12-week coaching program). And an enormous head-start over your competition. 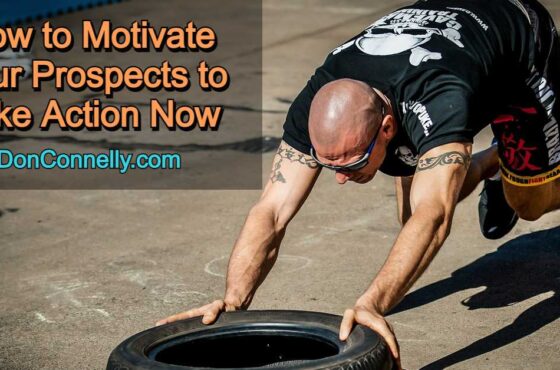 How to Motivate Your Prospects to Take Action Now 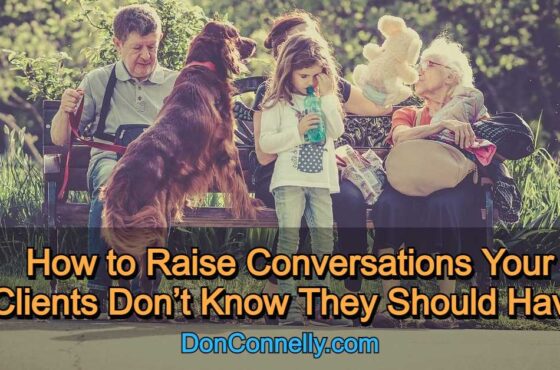 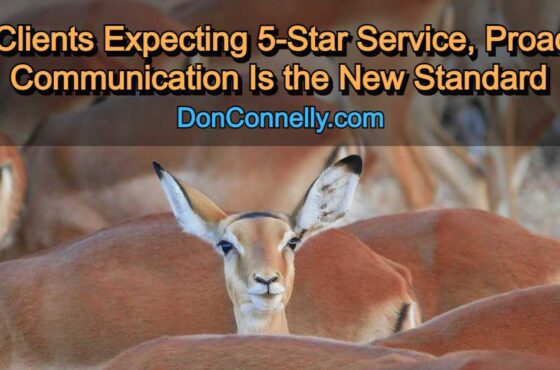 For Clients Expecting 5-Star Service, Exceptional Communications Is Not Enough—Proactive Communication Is the New Standard