I received an email from Harry in Chicago. He manages a few million dollars for a particular client. That client has an equal amount of money invested with another Advisor and firm across the street, and he won’t combine the two. The client uses the account across the street to pay taxes and expenses. When asked why he does this, the client has a traditional comment – ‘I don’t want all my eggs in one basket’. Harry’s question to me is “Should I leave well enough alone?”

Listen to the audio podcast or read the transcript below to learn Don’s answer.

I think the answer really depends upon the trust you’ve established with a client.

I think any client naturally wants to be diversified and has a tendency to put money in different firms. I’ve had people over the years tell me they’re well diversified, they have CDs in three or four different banks. I think at some point, if you’ve got the trust established with the client, you have the right to say to the client in a really intimate conversation –

“Look, it’s really not in your best interest to have two accounts. And the reason is, at some point, you’re going to walk in my office or the other Advisor’s office, you’re going to want complete advice and I’ll only have half the information. Money is like a puzzle. And we can’t put the puzzle together until we have all the pieces on the table. So really, I don’t want you to go through life getting incomplete advice, and I don’t want to be part of that game.”

Now the danger, of course, is that he or she is going to take the account elsewhere. So I urge you …

Only say this when the rapport is there, and you know you’re not going to lose the account.

There’s something else you can tell somebody who is overly diversified, but you should be very subtle about it. It can’t come off as a wisecrack. If people have spread money around, chances are, they’re not terribly important to any one advisor. When all the money is in one place, they become terribly, terribly important, and I would tell them that.

So the answer is, Harry, that’s the way it is until you feel you’ve got their trust. At some point, it’s time to bring that money in-house. 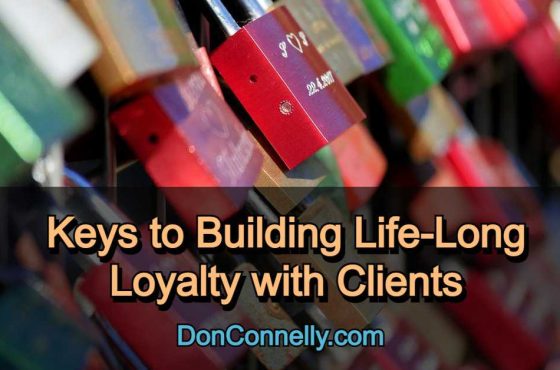 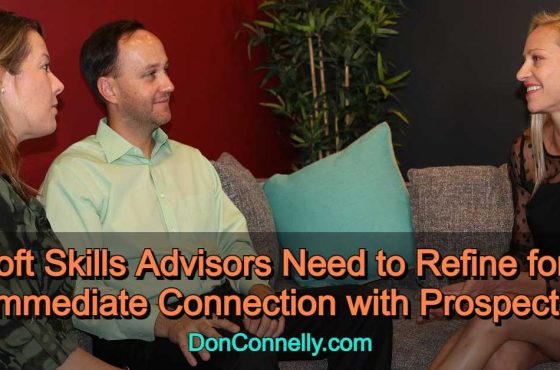