Stick to the Basics – Success Tip for Financial Advisors

Let’s talk a bit about sticking to the basics.

I had the good fortune one time of talking with Quinn Buckner. Quinn Buckner, I believe, won a national championship in college in basketball, played in the NBA for the Boston Celtics. I’m a basketball fan and a big Celtic fan. Quinn played with Larry Bird who I think, along with Michael Jordan, is the best that ever lived.

I asked Quinn Buckner what the most amazing thing was that he ever saw Larry Bird do.

Watch the video or read the transcript to learn what the answer was.

So, I asked Quinn Buckner what the most amazing thing was that he ever saw Larry Bird do. And he said:

“You know Don, every day in practice, Larry Bird did something nobody else in the team could even think of doing, let alone do. It was the most amazing basketball I’ve ever seen in my life. But once the game started, he was the most fundamental basketball player in the world. He blocked out, he shot, he rebounded, ran the floor well. He did nothing sensational that he did in practice. During the game he stuck to basics.”

A friend of mine coached in the NBA. He tried out two kids from high school. These kids came out, they had their heads shaved, they wore baggy pants and they stuck their tongues out. He said these kids wanted to be Michael Jordan. When he asked them what makes Michael Jordan the best basketball player out there here’s what these young men said:

John said it’s none of those things. He said Michael Jordan is the hardest working practice player in the NBA. That’s why he’s successful – he sticks to the basics.

I’m asking you, do you stick to the basics?

If you need help going back to the basics, consider purchasing The Best of Don Connelly 2-CD set – Vol. 1: The Basics & Vol. 2: Gator, The Early Years

Let me give you some exercises to get  you back to basics.

Sit down once in a while on a routine basis and pretend you’ve been fired. Tomorrow is your first day on the new job. What would you do differently? Is there an unproductive activity you could jettison? You’re like a doctor: the more patients you see, the more money you make. And selling isn’t telling; it’s closing. And the best closers are the most basic people.

Rearrange your office once a quarter to give you a visual reminder that you’re going to do something different. But I know and you know the more successful we become, the further we get away from the very basics that made us successful in the first place.  So continually work on mastering and utilizing the basics.

The best people in this business are not the best-looking, tallest, most intelligent people. They’re the best prospectors. Be an inveterate prospector. Ask for the commitment  every single day, give a presentation, you’ll be fine. The minute you stray from the basics you’re dead.

* The podcast, Sticking to The Basics, first appeared on Don Connelly 24/7. 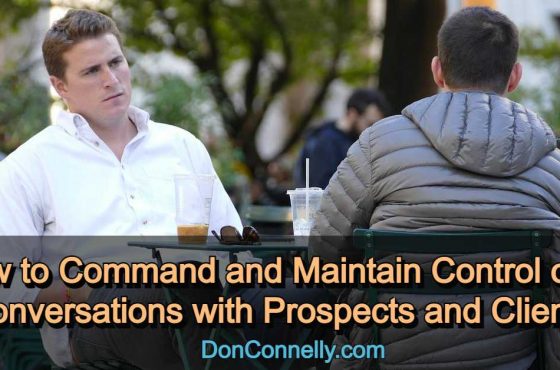 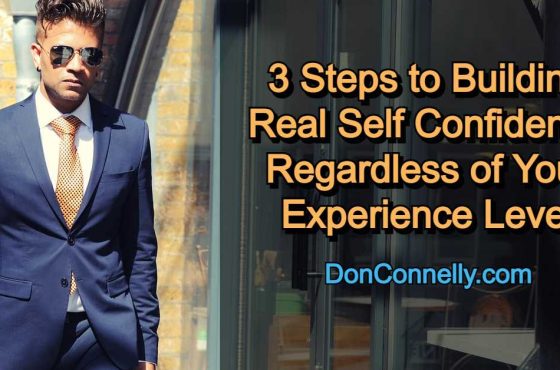