Your support means the world to everyone here at Don Connelly & Associates. Without you, there is no learning center. Your loyalty is not taken for granted.

2014 was a learning year for me, as I’m sure it was for you. I remember Bob Dunwoody once described himself as a student-teacher. He said he learns as much from Advisors as he teaches them. I know what he means. It was also a year of observation.

I observed in 2014 that the basics are an Advisor’s best friend.

When all else fails, fall back on the basics. They are always there for us. They are oh, so simple. They never fail. They carry us through. They reinforce what we already know. Once again, throughout 2014, the basics prevailed.

I observed that clients don’t have to buy. You have to sell.

It was just a few short years ago that Advisors told me they didn’t sell. They implemented the process. Now, once again, they are telling me they have to sell. I knew that. It’s been reinforced once again.

I observed that no matter how great your ideas might be, if you can’t communicate them effectively, they go for naught.

I saw once again that it’s tough to wow wealthy people. That’s why Advisors who want to stand apart from the crowd need a clear differentiator.

I saw some Advisors fail in 2014. Not one of them failed for intellectual reasons.

I learned, once again, that it’s pointless to set goals if you are not going to try to hit them.

I saw a lot of client presentations in 2014. It seems to me we’ve lost the story.

I’ve never seen a client moved to action by the numbers. I’ve seen lots of clients moved by good stories. I urge you to learn to become an outstanding storyteller in 2015.

I observed that smart Advisors don’t overpromise. The really smart ones tell clients upfront that their goal is not to make them rich. Their goal is to keep the clients from ever being poor.

I saw one more time that elite Advisors don’t try to improve by leaps and bounds. They just try to be a little bit better each day.

And finally, I saw again how much noise negative people make. They’ve convinced themselves that things will turn out poorly. Elite Advisors don’t talk to themselves that way. There are no successful pessimists in our business. But, then again, you already knew that.

Enjoy the Holidays and may 2015 be your best year ever.

From all of us, thank you.

Products that might help you become an outstanding storyteller: 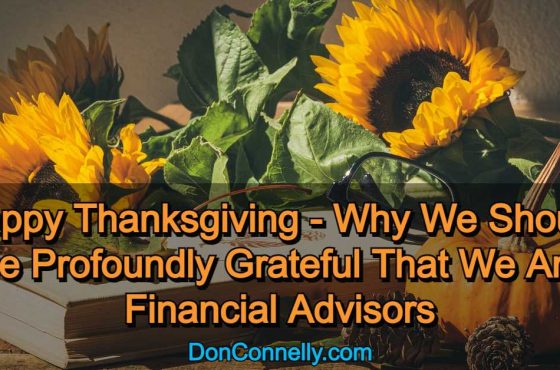 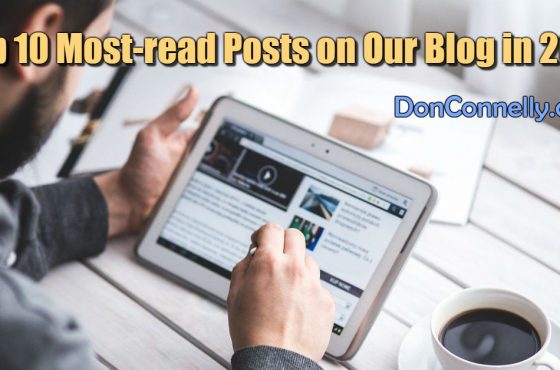 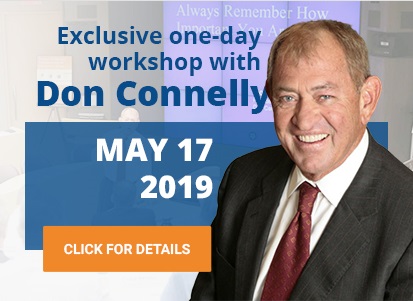 A First-Time Opportunity: Join Don Connelly for a Full Day Workshop/Retreat in Sarasota