Home / Marketing Yourself / Stand Apart from the Crowd

Stand Apart from the Crowd

I have a friend who is married to one of America’s most successful professional golfers.  My friend is a golf pro, but a teaching pro.  He is also his wife’s coach.  He knows her game so well that he can watch her on television during the day and give her his advice that night.  He is a consummate pro.

One day he and I were discussing the golf swing, specifically my lousy swing.  He asked me if I can look at a bunch of golfers swinging on a driving range and immediately identify the one great swing among the bunch; assuming there is, in fact, one great swing among the bunch.  I told him I could.  He asked me, “What makes that swing stand out?”  I said tempo.  He said no.  “The answer,” he said, “is balance.”  Great golfers have great balance, so great that his or her swing is immediately noticeable and completely different, especially when compared to average or poor swings.

Listen to this audio episode or read the transcript below to learn how the same is true in our business.

The same is true in our business.

You know a great Financial Advisor when you see one, especially when you see one among average or poor Advisors.  But what is it that makes a great Advisor stand out?  The answer is not always obvious.  I knew the golf swing was great.  I just didn’t know why.

Standing apart from the crowd is not the same as standing out in the crowd.

If blending in is normal, why would anyone want to stand alone?  Individuality matters, that’s why.  Individuality gets you noticed.  If you want to go pro, figure out what will make you different. Pros don’t just do things better, they do them differently.

If you want to stand apart, begin by defining what standing apart means to you.

Is it superior service?  Is it caring more than other people care?  Is it being so good at the basics of financial planning that you are in a league of your own?  Think about the business from a different perspective.  Put yourself in the client’s shoes.  If you were a prospect, how would you choose an Advisor?  What would you want your Advisor to do differently?

Once you figure it out, do it. 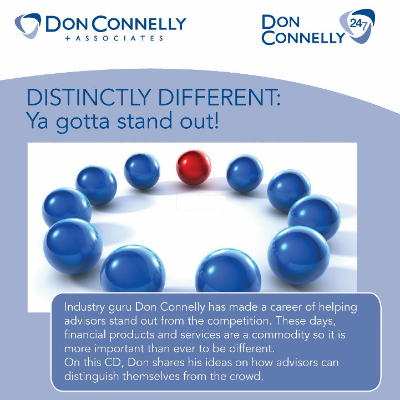 Get this CD now

If you want to save time and money on shipping and handling, order the mp3 version of the CD instead. 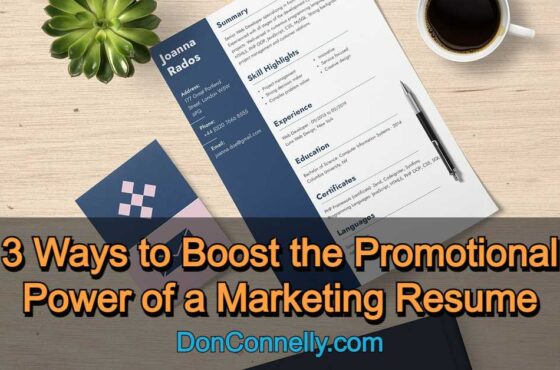 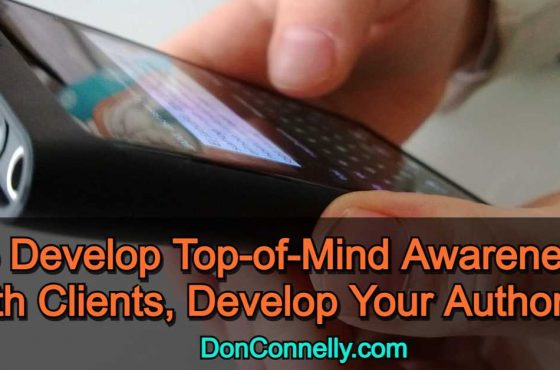 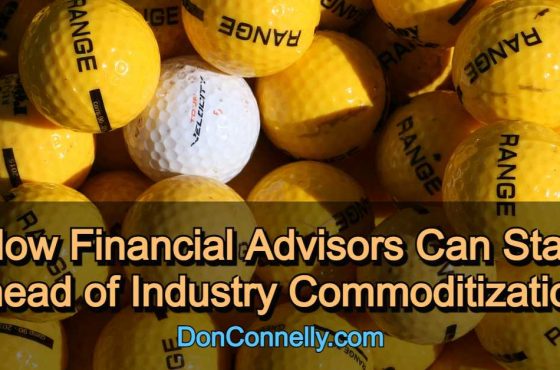